Safety Board Wants FAA To Update Emergency Guidelines After Incidents 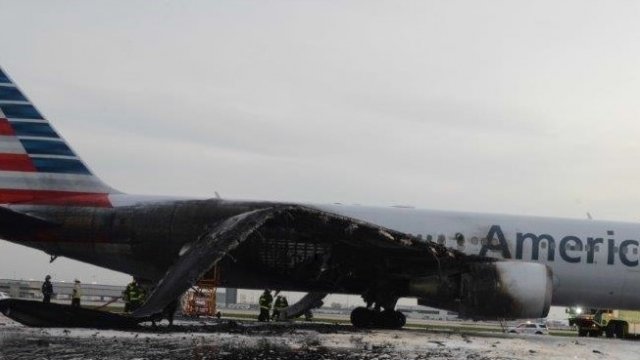 The National Transportation Safety Board, or NTSB, is calling for updated commercial plane evacuation guidelines following a pattern of communication issues during recent incidents.

The evacuation that prompted this latest NTSB report happened in 2016 at O'Hare International Airport in Chicago. American Airlines Flight 383 abandoned takeoff after an engine caught fire. One person was seriously hurt, and 20 others suffered minor injuries while trying to leave the plane. 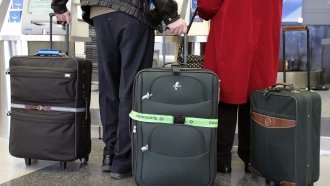 Why Airlines Can Keep Hiding Baggage Prices From You

American Airlines and O'Hare airport officials praised their crews in a video statement Tuesday, calling it a "successful evacuation" after all 170 people aboard managed to get off the plane.

But the NTSB says the evacuation could have been more orderly. Its report says some passengers tried to deplane with their luggage or otherwise ignored flight attendants' instructions. Flight attendants had trouble communicating with each other, and some crew members reportedly did not how to use the plane's intercom system.

The board's report also said they saw similar issues in other evacuations at airports in New York City, Las Vegas and Fort Lauderdale, Florida. It called the Federal Aviation Administration's attempt to address those issues "insufficient."

The FAA's guidelines on evacuation haven't been updated in three decades, and the NTSB says it's time for an upgrade. Among its recommended changes: improved training for assessing exits during evacuations, better communication between flight and cabin crews and a new evacuation checklist for ground and in-flight personnel.