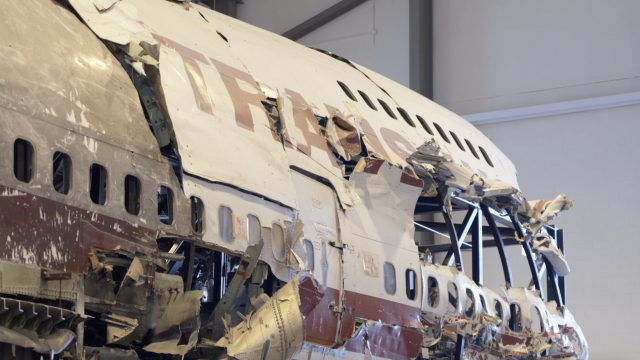 In a cavernous warehouse outside Washington, D.C., the wreckage of TWA flight 800, a 747 scheduled from New York to Paris, sits like a gruesome altar at the head of a church. 25 years after the plane crashed, killing everyone on board, the reconstructed remains are being taken apart and destroyed. For a piece of aviation history so profound, it rarely sees the public eye. But after decades under lock and key, Newsy got an up-close glimpse of the magnitude and devastation of the disaster, and the process that ensured it never happens again.