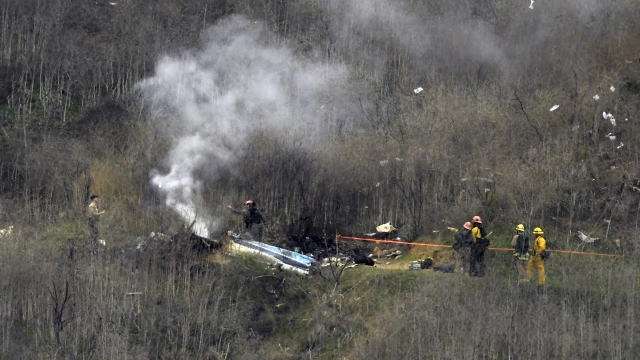 Officials have come to a conclusion regarding the helicopter crash last year that killed Kobe Bryant and eight others.

The National Transportation Safety Board concluded the pilot – Ara Zobayan – had abandoned training and violated flight rules by continuing to fly into thick clouds.

The report said he may have experience spatial disorientation which makes a pilot believe they're flying level when they're actually banking.

Zobayan had about 8,500 hours of flying experience and was the chief pilot for Island Express Helicopters.

But the previous owner of that particular helicopter regularly operated it with two pilots.

NTSB Chairman Robert Sumwalt suggested that an extra pair of trained eyes may have made a difference but that he's also seen plenty of similar crashes, even with two aviators.

The crash ended up killing the basketball star, his daughter Gianna Bryant, and seven others including the pilot.