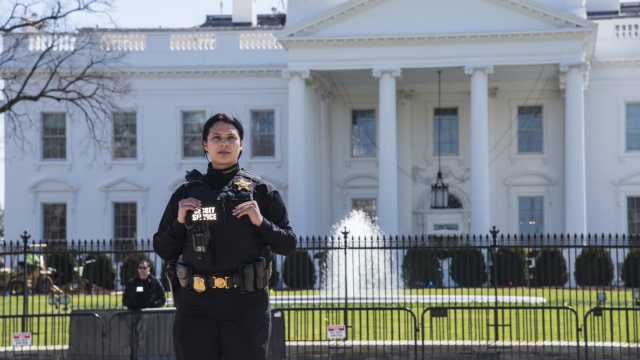 The Secret Service National Threat Assessment Center released its annual report on mass attacks in public spaces on Tuesday. The report lists some trends and warning signs to watch for in the hopes of preventing violence.

From January 2018 to December 2018, there were 27 mass attacks in public spaces in which three or more people were harmed. In total, 91 people were killed and 107 were injured across 18 states. The attacks took place in workplaces, schools and houses of worship, and included the shooting at Marjory Stoneman Douglas High School and the Tree of Life Synagogue shooting.

The report details the genders and ages of attackers and how attacks ended, among other information. The NTAC looked at the data and found commonalities between the attackers. At a press conference on Tuesday, Secret Service Director James Murray presented those findings.

"For example, half the attackers were motivated by a grievance. Two-thirds had a history of mental health challenges. Nearly all had experienced a significant stressor in their lives. Likewise, nearly all had previously made threatening or alarming communications directed toward or made in the presence of others."

The report suggests "targeted violence may be preventable if appropriate systems are in place to identify concerning behaviors, gather information to assess the risk of violence, and utilize community resources to mitigate risk."

Murray said the sooner we can educate ourselves on the warning signs, the better prepared we will be to prevent these violent acts.

He added "While there's no one single profile of a person who commits targeted violence, this report and so many others that NTAC has completed in the past aims to assist our partners in law enforcement in the education area and so many other stakeholders in understanding some of the motivations behind mass attacks and their causative factors."