Privatization Of Afghan War Not Under Consideration, NSC Says 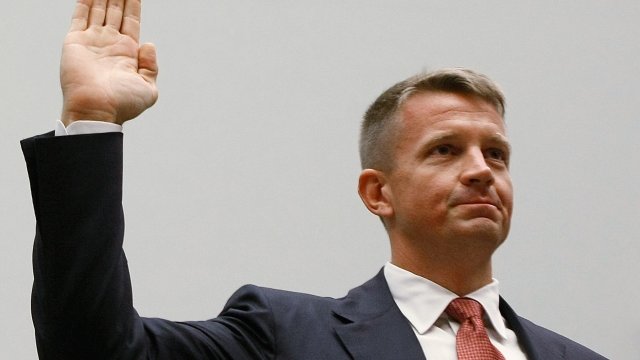 The U.S. is not considering a move to privatize the war in Afghanistan, a spokesperson for the National Security Council told media outlets.

That comes after reports President Donald Trump is growing frustrated with the war. Erik Prince, founder of the security company known as Blackwater, has lobbied the Trump administration to allow his contractors to replace U.S. troops in Afghanistan. Prince recently launched a new ad campaign about taking over the effort from the U.S. military.

The U.S. has been involved in Afghanistan for nearly 17 years. There are about 15,000 U.S. troops currently on the ground there.