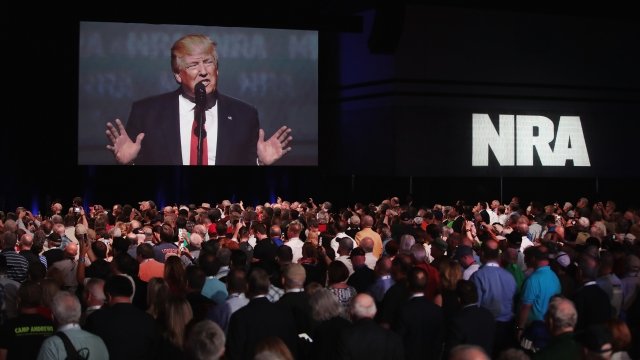 Trump had suggested several hard-line gun control ideas, going as far as to say police should take guns away from some people without "due process."

Both the National Rifle Association and the White House made statements that suggest President Donald Trump isn't as firm on gun restrictions as he himself made it sound.

In a bipartisan meeting with senators on Wednesday, Trump suggested several hard-line gun control ideas, going as far as to say police should take guns away from some people without "due process."

His comments were stunning, given that NRA members and gun owners are among his strongest supporters.

But after a meeting between NRA leaders and the president, a top NRA lobbyist said on Twitter Trump and Vice President Mike Pence, "support strong due process and don't want gun control."

The White House, which said it would release policy proposals by the end of this week, walked that back, saying the discussion is ongoing.