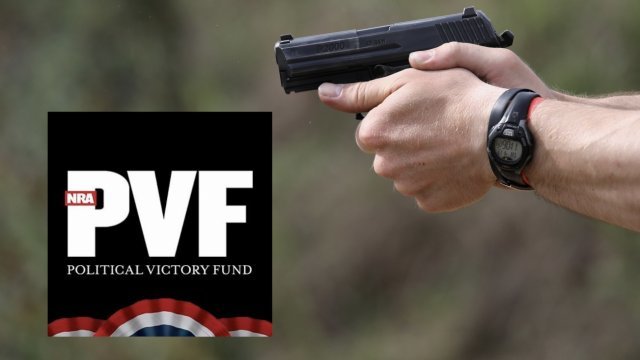 The National Rifle Association's political action committee took in a lot of donations in March — almost $2.4 million, to be specific. And according to the Miami Herald, that's a 15-year record.

The PAC is the NRA's Political Victory Fund. It hands out those infamous NRA rankings for politicians, and it spends money campaigning for lawmakers the organization supports.

The uptick in donations is notable because of what had just happened in February — the Parkland, Florida, school shooting that left 17 people dead.

In aftermath of that tragedy, people across the country have rallied to call for the passage of meaningful new gun restrictions. It seems NRA supporters might be feeling the pressure and opening up their wallets to try to maintain the status quo.