NRA President Stepping Down After Dispute With Group's CEO 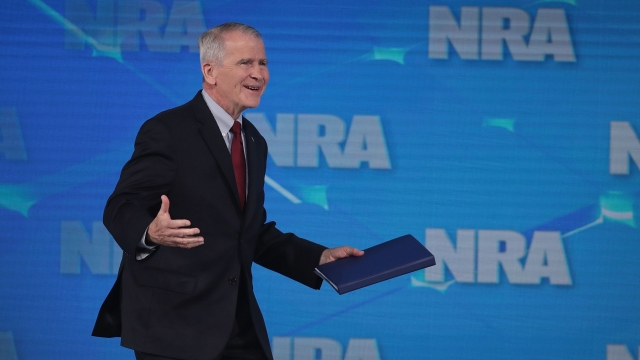 The audience was visibly stunned into silence at the National Rife Association convention in Indianapolis when president Oliver North announced he was not being allowed to seek re-election.

In a letter read aloud to the convention, North said that despite his interest in running for a second term, he had been "informed that will not happen." A vote had been scheduled for Sunday.

His announcement can be seen as a de facto resignation from the NRA entirely. He had served for two decades on the organization's board.

North's announcement comes on the heels of reports that NRA CEO Wayne LaPierre had alleged that North attempted to extort him in an effort to force him to resign from the group.

The NRA is in the midst of a rocky period, as opposition to the group and its influence over gun laws has ramped up since last year's school shooting in Parkland, Florida.