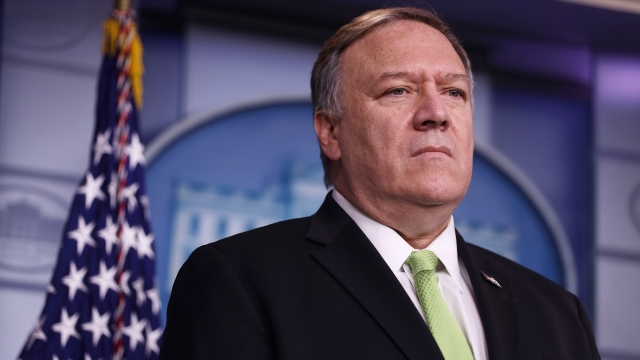 NPR reporter Michele Kelemen has been informed that she will not be traveling with Secretary of State Mike Pompeo on his upcoming trip to the U.K., Ukraine, Belarus, Kazakhstan and Uzbekistan.

NPR says Kelemen "was not given a reason" for the State Department's removal of her from the press pool for the trip.

Notice of Kelemen's removal follows NPR reporter Mary Louise Kelly's interview with Pompeo and reports of a heated exchange between the two.

Following an interview in which Kelly questioned Pompeo on Ukraine, Kelly says Pompeo questioned her in private and cursed at her.

Kelly shared the exchange with media outlets, saying Pompeo asked her, "Do you think Americans care about Ukraine?" as well asked her if she knew where Ukraine was on a map.

In response to Kelly's public recounting of the exchange, Pompeo released a statement Saturday saying Kelly lied in setting up in the interview and about agreeing to having the "post-interview conversation off the record." Kelly says she confirmed with Pompeo's staff the night before that she would be asking about Ukraine during the interview.

The State Department Correspondents' Association released a statement saying the removal of Kelemen from the press pool for the trip is the State Department "retaliating against National Public Radio as a result of this exchange."