Now There's A Map App From A Cat's Point Of View 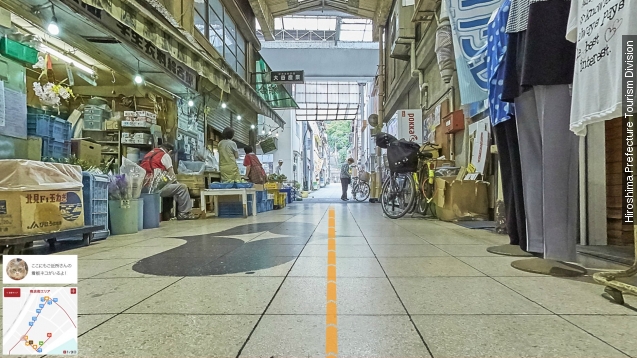 SMS
Now There's A Map App From A Cat's Point Of View
By Katherine Biek
By Katherine Biek
September 4, 2015
A tourism board in Japan created a map for the city of Onomichi. But this map is from a cat's point of view.
SHOW TRANSCRIPT

Have you ever wanted to see the world through a cat's eyes?

Well, now that Google Street View is no longer just for humans, it's possible.

Thanks to a tourism board in Hiroshima, your feline friends now have their very own mapping app, too.

So instead of a bird's-eye view of a city ... you get a cat's-eye view — at least of Onomichi, a Japanese city located in the southern part of the country. (Video via Hiroshima Prefecture Tourism Division)

Currently, the map, which is called Japan Street View, is somewhat limited. The user only has three different options of routes to take, most of which end up inside a shopping district.

But along the way you might stumble along new kitty friends — all of whom have bios. Which, honestly, would be way cooler if we could read Japanese.

The cat's-eye view of Onomichi wasn't a random choice.

The Wall Street Journal reports the city is "known for its large number of cats."

Now, Japan Street View is really just a way for the country to up its tourism, but outlets are loving it.

Mashable pointed out the cat map was "the purr-fect way" to do this.

And a writer for Vox wrote, "At the very least Hiroshima's cat maps prove that humans can use cat maps to better understand the world, even if the cats don't care."

Who knew we could learn so much from cats? The Hiroshima Prefecture Tourism Division plans to add more locations to its map later this year.