Now No One Can Stand Between You And Your Starbucks Fix 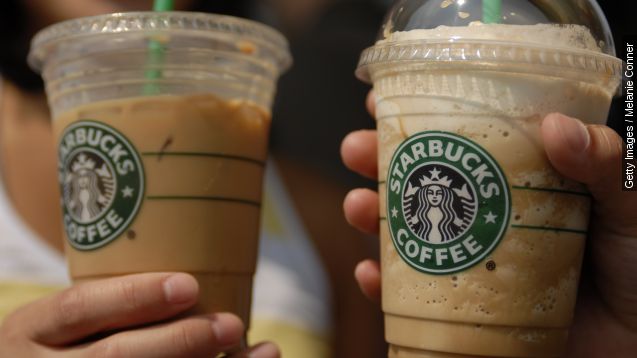 SMS
Now No One Can Stand Between You And Your Starbucks Fix
By Leah Becerra
By Leah Becerra
September 22, 2015
Starbucks pushed an update to its loyalty apps that lets you order and pay for your caffeine fix without waiting in line.
SHOW TRANSCRIPT

It's early, you didn't have time to make coffee and you desperately need to wake up. Since there are nearly 12,000 Starbucks locations in the U.S., there's a pretty good chance you're going to end up waiting in line at one of these spots.

Yeah, waiting in line. And probably a pretty long line. Who wants that?

Starbucks knows how half-awake people feel about lines, especially when that's the only thing between them and caffeinated goodness, so we're actually surprised this didn't happen sooner.

The company updated its app for iOS and Android to include a feature for ordering and payment, which means the dreaded line can now be skipped entirely.

Once an order is placed, the app gives you an ETA for the finished mocha-frappa-whatever — and anything else you might've ordered — so all you have to do is stop in and pick up the goods.

The Starbucks app has been around for a while now and was primarily used to easily keep track of all those gift cards. And once the cards were zeroed out, the app provided a convenient way to reload them for future coffee purchases.

And the app built loyalty. Now, on top of getting stars, a birthday coffee and free apps or music, it'll also let you skip lines. (Video via Starbucks)

None of these perks are really revolutionary — I mean, loyalty programs are nothing new — but it's clear that investing in this app was a smart move for Starbucks. It's also not a stretch to guess that other chains will follow suit.

Actually, Fast Company reported that both McDonald's and Chipotle have mobile ordering systems in the works, too. (Video via McDonald's)

This video includes an image by oinonio / CC BY SA 2.0.