November's Supermoon Will Be The Largest In Almost 70 Years 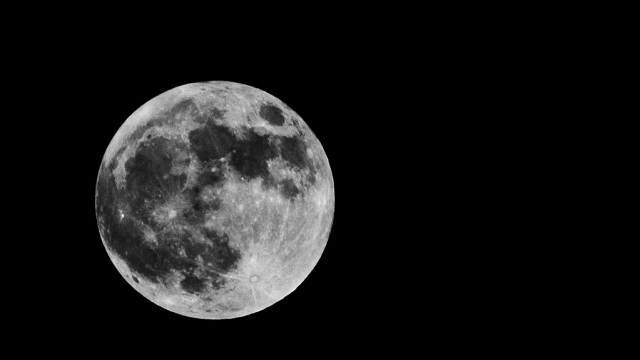 The moon is going to look pretty spectacular Nov. 14. Spectacularly big, that is.

It's because the full moon will appear as much as 14 percent larger and 30 percent brighter that Monday night, making it a supermoon.

A supermoon occurs when a full moon or a new moon is closest to Earth while orbiting it.

Yes, a new moon can actually be a supermoon. You just aren't able to witness it because the moon is shrouded in shadow at the time.

This impressive sight occurs about four to six times each year.

The Nov. 14 supermoon is the fifth one of the year.

But this month's supermoon is especially notable because it's the closest a full moon has come to Earth in the last 68 years.

And it will be another 18 years before the full moon gets that close again.

SEE MORE: How To Look For Life On Europa — Jupiter's Watery Moon

NASA says it's not always easy to tell if a moon is actually a supermoon, though. Clouds can obscure the moon's brightness, and if it's hanging high up in the sky, the moon won't necessarily look any larger.

A scientist at NASA's Goddard Space Flight Center suggests situating yourself in "a dark area clear of trees" to best see the supermoon. "There is no prime time when people have to do it, but the moon has to have risen for people to see it," Dr. Noah Petro told The Huffington Post.

The last supermoon of 2016 will occur Dec. 14 and will coincidentally block the view of the annual Geminid meteor shower.

People can usually see about 120 meteors per hour during the peak of the Geminid meteor shower, but the supermoon will cause sky watchers to only see about a dozen per hour this year.