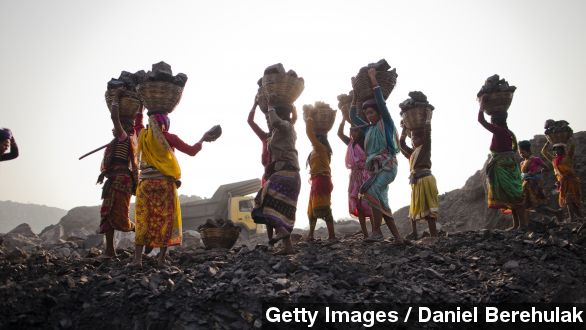 SMS
Not Just India: Coerced Sterilizations A Global Issue
By Jake Godin
By Jake Godin
November 13, 2014
Although India's botched sterilizations have drawn attention recently, other countries have also pressured women to have the procedure.
SHOW TRANSCRIPT

The recent death of 13 Indian women at a “sterilization camp” this week and the subsequent arrest of the doctor allegedly responsible has put sterilization programs — in India and elsewhere — under the international spotlight.

In 2011, a United Nations population report found 37 percent of India’s women used sterilization as a contraceptive, one of the highest percentages in the world.

And it’s the rural, poor families that account for most of the procedures. As Bloomberg noted last year, monetary incentives of up to 1,400 rupees, or $22, and improved welfare benefits are used to lure desperate women to unsanitary sterilization camps. (Video via YouTube / Trickle Up)

The procedure, which involves snipping and tying off a woman’s fallopian tube, can lead to illness or death due to how quickly they are performed and how unsanitary the tools are. (Video via CNN)

And yet some women simply have no choice.

SHALU YADAV VIA BBC: “It's the poverty more than their personal wish that takes them to these camps.”

Although India abolished sterilization quotas for doctors in 1996, Human Rights Watch says health workers are still pressured on the state level to meet certain targets. They’re threatened with pay cuts or humiliation if they fail to meet them.

While India is one of the leading nations in sterilizations, it’s far from being the only place where they occur on a large scale.

A study from the Harvard School of Public Health found women living in Latin American countries face pressure to undergo sterilization if found to be HIV-positive. And a report from the Pulitzer Center for Crisis Reporting revealed a similar trend in South Africa, where HIV-positive women are sometimes tricked into getting sterilized.

As BBC reported in 2012, some countries such as the reclusive Uzbekistan allegedly don’t even bother with monetary incentives, instead sterilizing women without their knowledge after they give birth.

Even the U.S. has a history with sterilizations — in 1976, the government admitted its Indian Health Service agency sterilized more than 3,400 Native American women without their permission.

More recently, an Arizona Republican lawmaker was forced to resign after suggesting poor women should be sterilized.

But for all of these sterilization pushes, a writer for Bloomberg View points out there are safer methods.

Specifically referring to India, the author points to states with both high education and low population growth and says its family planning awareness, not sterilization,leads to lower fertility rates.