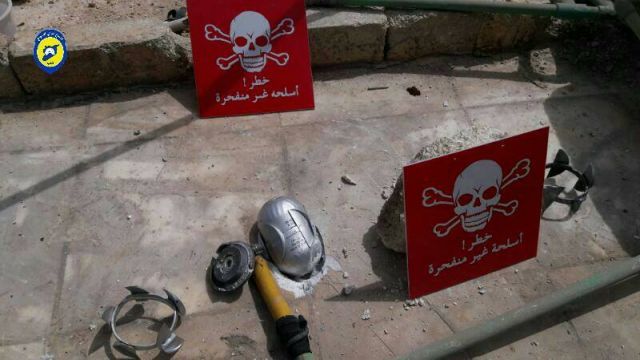 SMS
Chemical Agents Aren't The Only Banned Weapons Being Used In Syria
By Jake Godin
By Jake Godin
April 12, 2017
Although the chemical attack in northwest Syria was illegal under international law, other banned weapons have been used in the Syrian conflict.
SHOW TRANSCRIPT

Chemical weapons have been used multiple times in Syria since the conflict started, but they're far from the only internationally banned weapons seen in the country.

Cluster bomb weapons are all-too-common in Syria, despite being outlawed under the international Convention on Cluster Munitions, which neither Syria nor Russia, which backs Syria, have signed. The bombs are commonly used against opposition-held areas in Syria.

These cluster bombs are indiscriminate weapons, and they leave behind many unexploded submunitions, which are basically smaller explosives that are extremely dangerous for any unsuspecting person who comes across them, including children. 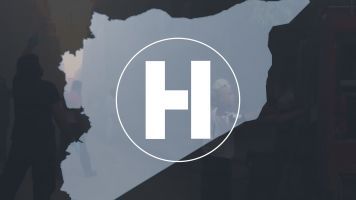 Incendiary weapons are also often used in Syria, which is a violation of a United Nations convention. And while the Middle Eastern nation isn't signed on to that, Russia is. Human rights watchdogs claim both countries have used the weapons in Syria.

Like cluster bombs, incendiary weapons are inherently indiscriminate, releasing dozens of burning submunitions after they're deployed. This causes major fires that are difficult to put out and can severely injure civilians.

Russian-Syrian use of both cluster and incendiary weapons has been widely condemned. Human Rights Watch said using the incendiary variety was "disgraceful."

And aside from internationally banned weapons in Syria's conflict, civilians face unlawful attacks that use normal, conventional weapons, both in the form of airstrikes from Syria's government and from opposition groups.