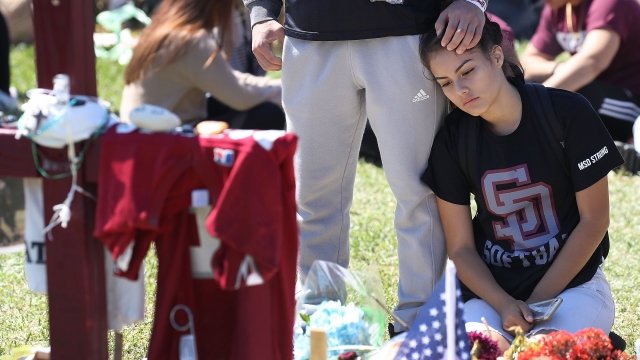 SMS
Judge Enters Not Guilty Plea For Florida School Shooting Suspect
By Audrey Esther
By Audrey Esther
March 14, 2018
A judge entered a not guilty plea for the Parkland, Florida, school shooting suspect after he declined to enter any plea at all.
SHOW TRANSCRIPT

During an arraignment hearing on Wednesday, a judge entered a plea of not guilty for the suspect in the Parkland, Florida, school shooting. This came after Nikolas Cruz's defense attorney told the judge Cruz would decline to enter a plea for charges against him.

A federal grand jury has indicted the 19-year-old on 34 total charges of premeditated and attempted first-degree murder.

Meanwhile, exactly one month after the Parkland shooting, students across the country walked out of class to, in part, demand stricter gun control laws.