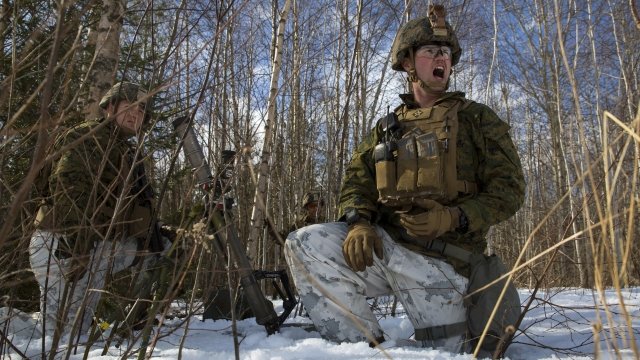 SMS
Norway Wants To More Than Double The Number Of US Marines There
By Jake Jones
By Jake Jones
June 12, 2018
Norway and several other NATO member states recently called for a larger military footprint near Russia.
SHOW TRANSCRIPT

Norway has asked the U.S. to more than double the number of Marines in the country amid growing fears of Russia.

The U.S. currently has around 330 Marines in Norway on a winter warfare training deployment. They arrived in early 2017, marking the first time foreign troops were stationed in Norway since World War II.

But Olso says that's not enough. Norway and several other NATO member states near Russia recently called for a larger military footprint in their region.

Norway will ask the U.S. for a total of 700 Marines on a five-year deployment. They'd reportedly be stationed even closer to the Russian border than those 330 are now — only about 250 miles away.