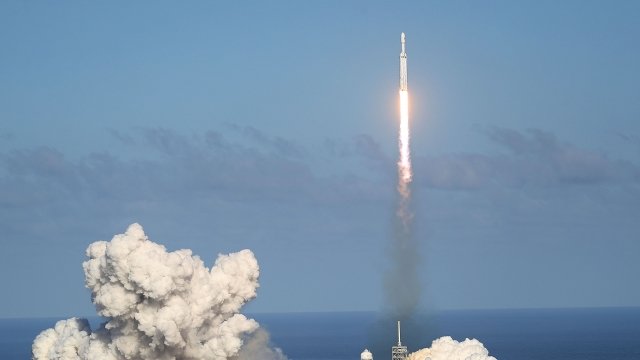 SMS
SpaceX May Not Be To Blame For Lost Spy Satellite After All
By Ethan Weston
By Ethan Weston
April 9, 2018
Instead, aerospace company Northrop Grumman may be to blame.
SHOW TRANSCRIPT

Back in January, SpaceX attempted to launch a super secret U.S. spy satellite. Unfortunately for the company, the satellite was lost.

But it turns out that may not have been SpaceX's fault. A report released Sunday by the Wall Street Journal says aerospace company Northrop Grumman may be to blame.

See, the satellite was lost after it didn't separate from the rocket's upper stage. That failure was reportedly due to a payload adapter that Northrop Grumman modified specifically for that satellite.

The satellite did eventually separate, but by then the rocket had re-entered the atmosphere, and ultimately both it and the satellite likely burned up.