Northern Ireland Parties Move Toward Coalition After A Year Without 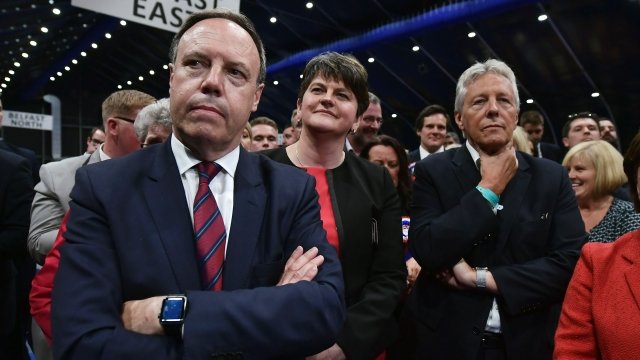 SMS
Northern Ireland Parties Move Toward Coalition After A Year Without
By Jake Jones
By Jake Jones
January 17, 2018
The region has been without an executive or legislature since last January.
SHOW TRANSCRIPT

Northern Ireland's political parties are getting ready to form a new government after a yearlong stalemate.

The region's two main political parties — Sinn Fein, the mostly Catholic, Irish-nationalist party, and the pro-Britain, mainly Protestant Democratic Unionist Party — have been in a stalemate since January 2017. Sinn Fein walked out on the ruling coalition, leaving the region with no executive or legislature for nearly all of 2017. 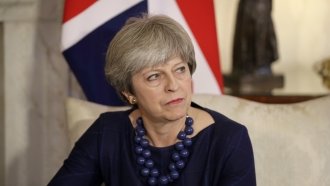 In Blow To Theresa May, UK Parliament Gives Itself Final Say On Brexit

But now, the two sides are ready to talk. Officials announced all five of Northern Ireland's main political parties would meet later this month to negotiate how to move forward.

Northern Ireland has been a sticking point in Brexit negotiations — specifically, how to handle its borders. British officials will also be involved in party negotiations, which are scheduled for Jan. 24.