Northern Ireland Is Unified, But Its People Are Still Deeply Divided 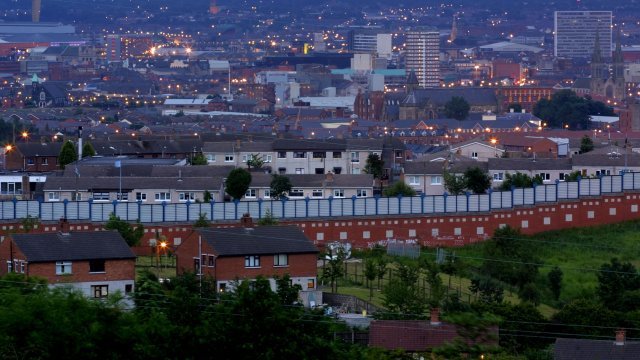 The history of Northern Ireland can't be separated from the turbulent story of the entire Emerald Isle and religion.

1167 saw the beginning of British rule. The English and Irish managed to coexist but never really united. For the next 600 years, there were Catholic revolts against Protestant kings and Protestant crackdowns on Catholic property ownership and access to education.

There was another push for independence from England in 1798 inspired by France and America. It failed. In 1801, England passed the Act of Union. That made Ireland and England one country. The United Kingdom was created.

New fights for autonomy ensued, but by the beginning of the 20th century, fresh blood had been shed, and it was far from over. The Easter Rising of 1916 was quickly crushed, the leaders executed and turned into martyrs. 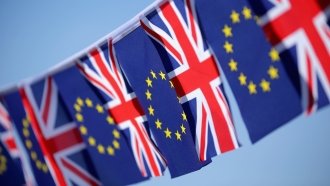 The Government of Ireland Act in 1921 was thought to be the answer. Ireland was split in two. Six predominantly Protestant counties formed what we now call Northern Ireland and remained part of the U.K.; the other 26 counties formed the Irish Free Zone in the south.

Full independence for the south didn't come until 1937.

Now the Catholic-Protestant tension that had defined so much of Ireland's history became absolutely pressure-packed in the north. It erupted in the 1960s and didn't let up for three decades. This period was called The Troubles.

Protestants wanted to remain part of the U.K. Nationalists, almost exclusively Catholic, pushed to become part of the Republic of Ireland. Catholics complained of unfair treatment by the Protestant-controlled political establishment. Riots broke out in 1968.

British troops were sent into Northern Ireland a year later. At first the Catholics welcomed them, but the Provisional Irish Republican Army, a violent breakaway group of the IRA, became more active, and the British troops focused on fighting back. The Catholics became disillusioned.

Terrorists on both sides bombed bars, killed politicians and gave "punishment beatings" and kneecappings. And the British troops were in the middle of all this. More than 3,600 people were killed; thousands more were injured.

And then, finally, a breakthrough: the Good Friday Agreement in 1998. It brought a level of peace not seen for many years in Northern Ireland, although there have been flareups still.

What the Good Friday Agreement didn't end is segregation. Religion still defines neighborhoods. And schools are still largely either Catholic or Protestant.

The guns are mostly gone, but the divides are not.