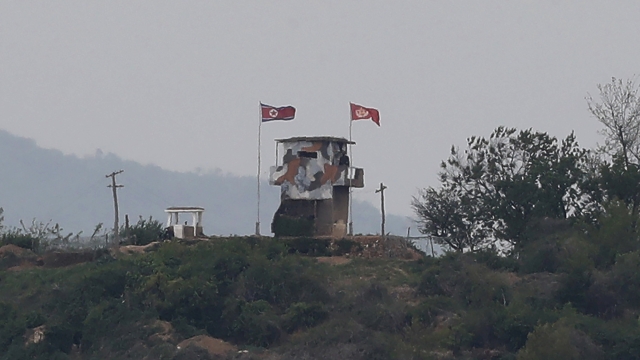 Shots were fired Sunday between North and South Korea in the heavily fortified demilitarized zone.

North Korean troops reportedly fired at a South Korean outpost, leading South Korean soldiers to respond with 20 warning shots and then a warning broadcast, according to the Associated Press.

A South Korean official said there were no casualties on its side and, as the soldiers fired into unoccupied land, it's unlikely any North Koreans were shot either. North Korea's state media has yet to publicly comment on the incident.

The two countries have exchanged fire in the demilitarized zone in the past. In 2017, shots rang out as a North Korean soldier was defecting. In 2014 North Korean soldiers shot down balloons released by a defection organization containing messages critical of the regime.

It's unknown what caused this exchange of fire.