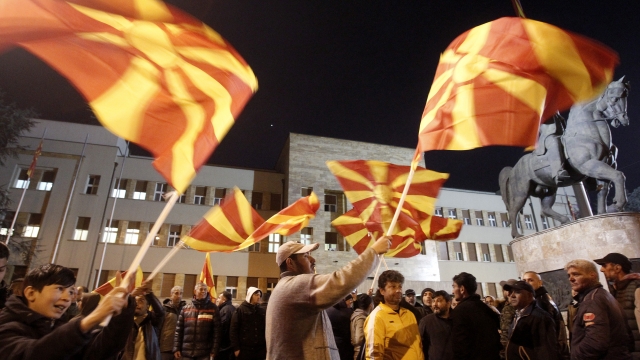 In a video message on Monday, NATO Secretary General Jens Stoltenberg congratulated North Macedonia on joining "the NATO family," calling its membership "a remarkable achievement ... [that's] good for the peace and prosperity of all of us."

The North Macedonian flag was also flown for the first time during a ceremony on Monday at NATO headquarters.

Last year, the country changed its name from Macedonia to North Macedonia, settling a long-standing dispute with Greece and thus allowing it to join NATO and the EU. The European Council has since given the green light to open membership negotiations with the country.

North Macedonia's president called the induction into NATO a "historic" success, but added that because of the coronavirus pandemic, it "cannot rejoice and mark [the event] as it should be."