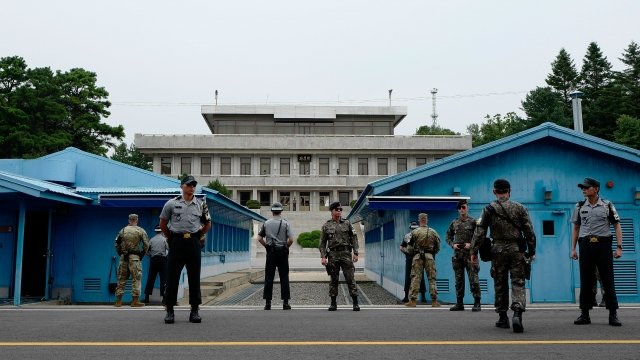 North Korean musicians may enter South Korea on foot ahead of a performance at the Olympic Games.

Officials said the North requested the artists cross the DMZ at the truce village, Panmunjom. The move would be a hugely symbolic step forward in the decadeslong effort to reunify the Korean peninsula.

The DMZ, or demilitarized zone, is anything but "demilitarized." The heavily patrolled border crossing represents the literal split between North and South. A North Korean soldier fled across the DMZ under a hail of gunfire from his former comrades late last year. 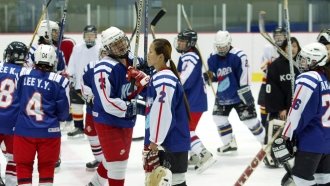 One professor told Yonhap News Agency the North's request is apparently a message intended for the U.S. North Korean leader Kim Jong-un is presenting his country as "a normal state" that values peace.

Despite the recent breakthrough in inter-Korean dialogue, the U.S. has pushed to keep up pressure on Pyongyang. Similarly, Japan's foreign minister is quoted by Reuters as calling the North's outreach a "charm offensive."