North Korean Official Reportedly Headed To US For High-Level Talks 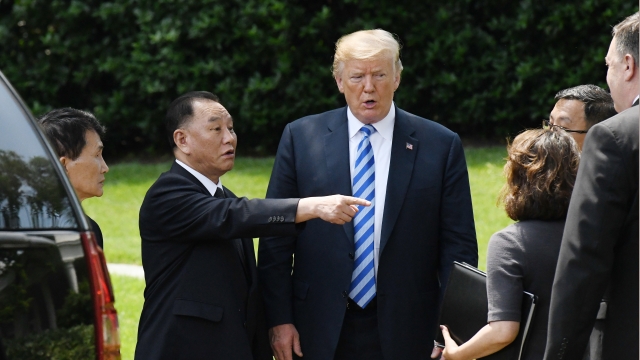 That's according to a South Korean media outlet, which cited an unnamed diplomatic source as saying Secretary of State Mike Pompeo and his North Korean counterpart Kim Yong Chol will meet Thursday or Friday.

The two are reportedly expected to select a date and location for a possible second summit between President Donald Trump and North Korean leader Kim Jong-un.

News of impending high-level talks come after President Trump reportedly sent a letter to Kim over the weekend. CNN's source didn't disclose the contents of the letter, but the two leaders have previously said they're working to get a second summit on the books.

Their first meeting, which took place in Singapore back in June, ended with a pledge to denuclearize the Korean peninsula. But later negotiations stalled somewhat over sanctions. North Korea wanted those sanctions lifted as a goodwill gesture, but the Trump administration's said it will only lift sanctions when North Korea completely denuclearizes.

It's reportedly likely that Kim Yong-chol will also meet with President Trump while he's in Washington.