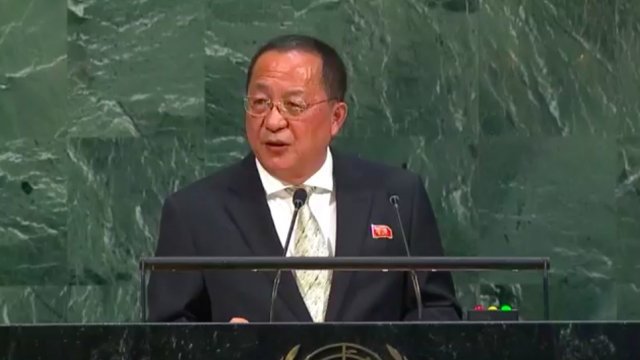 In a statement, North Korea's foreign minister said his country has "every right" to take "countermeasures" against the U.S.

In a statement Monday, Ri Yong-ho said, "We will have every right to make countermeasures, including the right to shoot down the United States' strategic bombers." Because the North claims the U.S. acted first, the regime alleges it will be acting in self-defense.

He appears to be responding to a tweet from Trump on Saturday that read, "Just heard Foreign Minister of North Korea speak at U.N. If he echoes thoughts of Little Rocket Man, they won't be around much longer!"

But the statement also comes less than a day after Trump announced his revised travel ban. The order bans all immigrants and nonimmigrants from North Korea from entering the U.S.