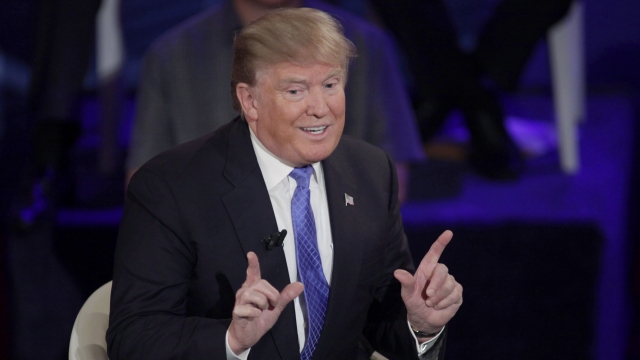 North Korea is evidently not too fond of Donald Trump's nuclear strategy for Japan and South Korea.

In an exclusive interview with CNN, a North Korean official called the Republican presidential front-runner's remarks "absurd and illogical."

"The U.S. tells us to give up our nuclear program, is preparing a nuclear attack against us, and on the other hand would tell allies to have nuclear weapons. Isn't this a double standard?" Ri Jong Ryul, deputy-director general of the Institute of International Studies in Pyongyang, said.

He told The New York Times: "Would I rather have North Korea have [nuclear weapons] with Japan sitting there having them also? You may very well be better off if that’s the case."

He expanded on that idea during a town hall-style debate in late March and defended the comments later in a Fox News interview.

Despite the criticism, Trump holds a roughly 200-delegate lead over the rest of the GOP field. Trump is expected to win the upcoming New York primary by a wide margin.