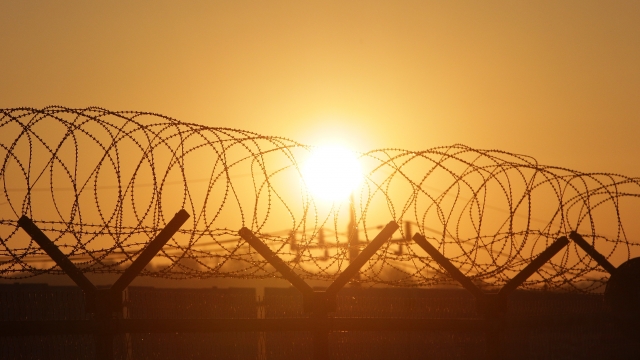 North Korea tested a missile Sunday that exploded seconds after it was launched.

The failed launch came a day after the country staged a military parade in honor of North Korea's founder.

The parade appeared to show off some new intercontinental ballistic missiles. But analysts aren't sure exactly what type of missile was tested Sunday.

But there may have been more tension coming into this year's launch.

The U.S. Navy sent a strike group to the Korean Peninsula roughly a week beforehand, and North Korea threatened to hit the U.S. with a "merciless retaliatory strike."

Vice President Mike Pence was visiting with American troops in South Korea on Sunday. He said the missile test was a reminder to the soldiers of the risks they face every day.

One analyst told Al Jazeera with Pence in the area, a U.S. military response to the latest missile test seems unlikely.