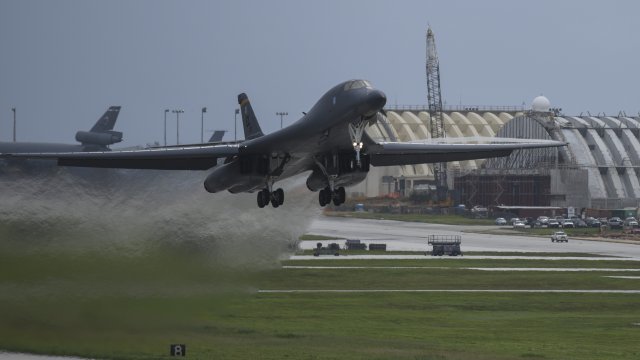 Two U.S. bombers based in Guam and fighter jets from South Korea and Japan flew near the Korean Peninsula on Thursday.

North Korea did not respond well.

North Korea's state media accused the U.S. and its allies of simulating a surprise nuclear attack on the country.

The report also said, "The US may make frantic last-minute efforts to block our powerful advances by shoving nuclear strategic assets at us, but our army and people are not ones to be startled."

A U.S. Air Force spokesperson said the flight was part of the "continuous bomber presence" in the region and was a preplanned action, not tied to any current event.

The report comes just before President Donald Trump's first official trip to Asia. Creating a united front against North Korea as it increases its nuclear threat is a main priority of Trump's visit.