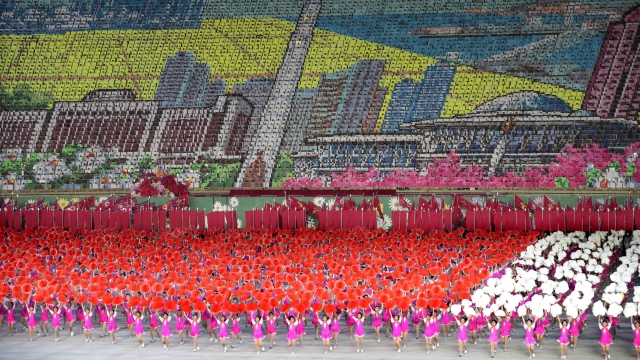 All eyes are on North Korea, since Kim Jong-un hasn’t been seen in public since April 11. Among those watching are defectors, whose lives were forever changed by the family regime.

Hyun Seung-lee comes from an elite family. And he says his father, once a high-ranking official, remembers the first time he saw Kim at an indoor concert — and how the smoke from Kim’s copious cigarettes sickened the crowd. But no one said a thing.

"It's impossible to say something back to him. Because if you say in front of him, that means the three generation punishment. So your grandfather, your father, myself, if I have a son, my son could be all executed."

Lee says elites in Pyongyang who have for years lived in fear of purges may feel relief if Kim really is dead.

"Probably most of the elites would shed tears of joy."

The unconfirmed reports about Kim’s death brought jubilation to defectors.

"Since the news came out, we were talking [to] each other with all the defectors, and everybody was so excited. Everybody was so surprised. And everyone wishes, hopes, that he's really dead."

“Emily” asked Newsy not to use her real name because she fears for her family’s safety back in North Korea. She left them after secretly watching a South Korean TV show.

"That was mind-blowing. They just think freely, speak freely, expression really. It was so shocking and was a totally different life. My family was too very loyal to the country, so they wouldn't believe."

But who would next lead North Korea remains unclear. Some analysts point to his uncle, Kim Pyong-il, the last known surviving son of the country’s founder. Or a woman often seen by Kim’s side, his younger sister, Kim Yo-jong.

"I think about her exactly the same as her brother. Exactly same style with him."

Analysts fear an internal power struggle could ensue. Defectors say China would have less sway in stabilizing the country than outsiders think.

"The international community overstates China's influence on North Korea too much. China and North Korea were not as close as they were in the past. Rather, the Kim family hated China's pressure to reform and open up."

There are other figures in North Korea who defectors are rooting for to steer the isolated country in a new direction.

"Who would you support to lead North Korea, if Kim were confirmed dead?"

"I couldn't name them. If I named them, they could be executed."