North Korea Warns US Of "Undesired Consequences" Over Nuclear Program 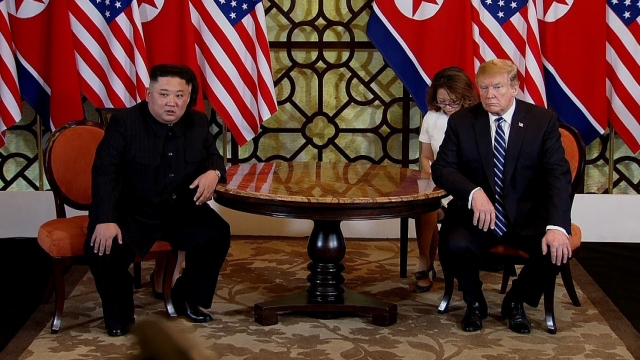 North Korea issued a stark warning to the U.S., urging it to change its position on denuclearization on the Korean Peninsula.

North Korea’s vice foreign minister made the warning Tuesday, saying "If the United States fails to reestablish its position within the timeline we gave, it will see truly undesired consequences."

North Korean Leader Kim Jong Un set a year-end deadline for the U.S. after his second summit with President Donald Trump earlier this year ended abruptly with no agreement. Kim reportedly said the U.S. would have to change "its current way of calculation" if a third summit were to happen.

The vice foreign minister reiterated Tuesday that while the country is still planning to eventually drop its nuclear program, it wants to make that decision alone. He said "Changing paths is not a privilege that only the United States has, but it could be our own choice if we make up our mind."