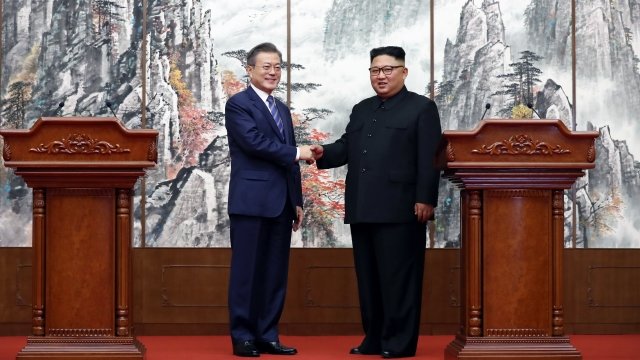 The leaders also said North Korea is willing to dismantle its main nuclear complex so long as the U.S. takes "corresponding measures."

Following their announcement, President Donald Trump tweeted that the developments were "very exciting."

This is the third summit Moon and Kim have held this year – but the first in North Korea. One of South Korea's reported goals of the meeting was to advance denuclearization talks and moderate Kim's stalled negotiations with the U.S.

Moon said Wednesday that the steps he and Kim agreed to mean an "era of no war has started."

But their talks weren't limited to North Korea's nuclear arsenal. Moon and Kim also agreed to start reconnecting road and railway links between their countries and to file a bid to jointly host the 2032 Summer Olympics.

The two leaders announced plans for Kim to visit South Korea's capital in the future— but didn't give a concrete date for when that might happen.