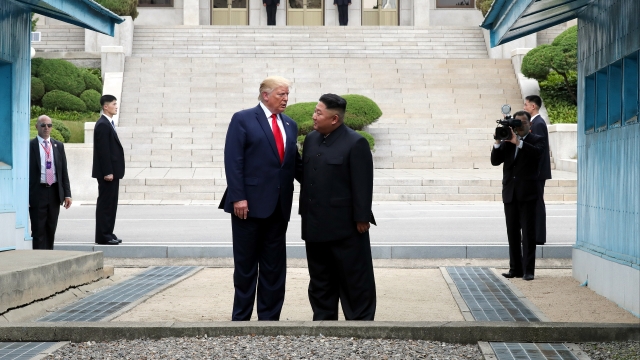 North Korea threatened to resume nuclear and missile tests Tuesday in protest over upcoming joint military exercises between the U.S. and South Korea.

The ministry said in a statement, "With the U.S. unilaterally reneging on its commitments, we are gradually losing our justifications to follow through on the commitments we made with the U.S. as well."

North Korea test launched short-range ballistic missiles as recently as May. But the country hasn't launched a long-range weapon since November 2017.

Earlier this year, the U.S. and South Korea announced they'd no longer hold their two annual large-scale joint military drills. Instead, they'd carry out a couple smaller operations. But no matter the size, North Korea's not a fan of the exercises, citing them as a reason it needs to have a nuclear arsenal.

Preparation for next month's military exercises comes as the U.S. and North Korea recently agreed to resume denuclearization talks when President Trump visited North Korea late last month. Talks between the two countries had previously been at a standstill following a failed February summit between the two leaders in Vietnam.