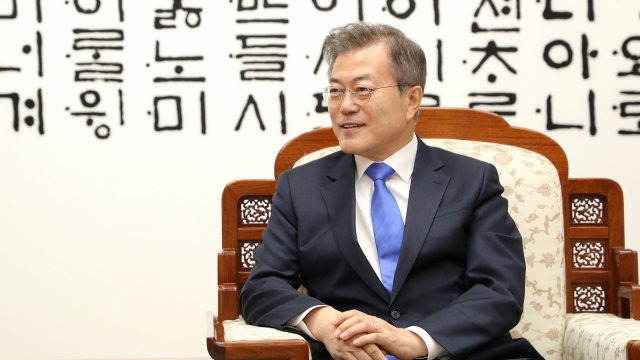 For more than a year, South Korean President Moon Jae-in has tried to act as a mediator between the U.S. and North Korea. But now, a North Korean official said he needs to stop.

On Thursday, Kwon Jong Gun, the chief of the North Korean Foreign Ministry's U.S. affairs department, asserted that South Korea's only trying to make it look like it's acting as a go-between in order to "refurbish their image."

He continued, "Parties to the DPRK-U.S. dialogue are none other than the DPRK and the U.S. ... The South Korean authorities would better mind their own internal business."

Kwon's comments came after Moon said officials from the U.S. and North Korea are discussing a possible third summit.

The two countries have seemingly been deadlocked since President Donald Trump and North Korean leader Kim Jong-un's Vietnam summit earlier this year. It ultimately ended with the two leaders unable to agree on steps toward denuclearization and lifting U.S. sanctions.

Since then, North Korean officials have repeatedly urged the U.S. to come up with a new approach. And Kim has even set a year-end deadline for the U.S. to draw up mutually acceptable terms to salvage negotiations.

Despite the stalled negotiations, President Trump and Kim recently exchanged personal letters. Although the contents were not disclosed, President Trump called Kim's note "beautiful," while Kim described the commander in chief's letter as "excellent."