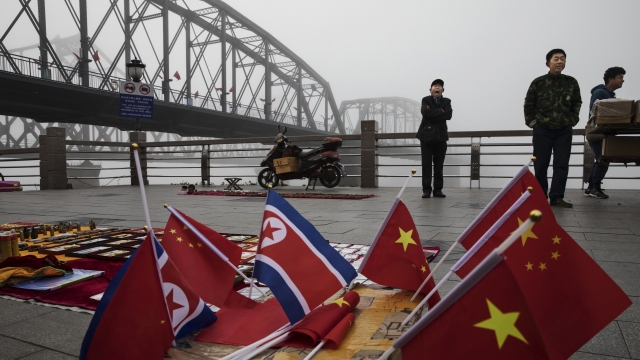 SMS
Coronavirus Raises New Humanitarian Concerns Around North Korea
By Austin Kim
By Austin Kim
February 17, 2020
Its neighbors are giving daily updates on the coronavirus, but we don't know much about how North Korea is preparing for — or fighting — the outbreak.
SHOW TRANSCRIPT

North Korea says it's taking measures to reduce the spread of the coronavirus. However, specific information on cases in North Korea and possible treatments hasn't been revealed.

"They are also not reporting any kind of outbreak or any kind of infections or deaths, which is quite unusual given the countries around North Korea have had cases," said Bruce Klingner.

Bruce Klingner specializes in Korean and Japanese affairs at the Heritage Foundation. He said the regime is reluctant to report anything that makes it appear weak or destabilizing. But North Korea has closed its border with China, its largest trading partner. It has also suspended all foreign tourists from entering the country, depriving an already weak economy of a major source of revenue.

"By further reducing the economic interactions, maybe it helps on the quarantine, but it will further reduce the North Korean economy, and so that's got to have an impact on the people themselves," Klingner said.

Experts say the country's hospitals have long dealt with challenges like broken equipment and a lack of supplies and medicine. And even with border closures, Klingner says, some people — often smugglers — will find a workaround, which increases the likelihood of the virus coming into North Korea.

"There are still going to be some people crossing the border to make their own livelihoods better or to make money through sanctions evasions, and that would undermine any quarantine measures."

The International Federation of Red Cross and Red Crescent Societies has called for sanctions relief. That would allow the organization's office in North Korea to get money for medical supplies. The U.S. State Department has expressed willingness to make sanctions exceptions in hopes of containing the spread of the virus in the region. But North Korea has not publicly expressed the willingness to accept help or allow international health officials into the country.