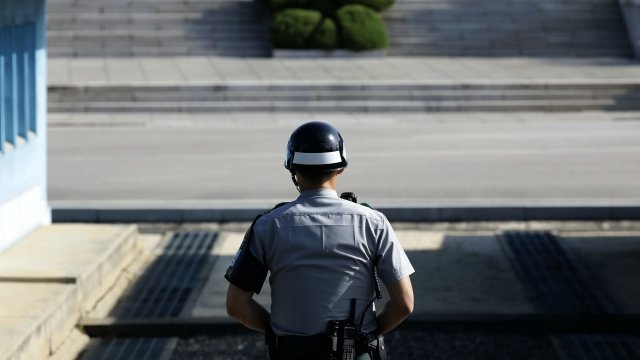 South Korea's Ministry of Unification confirmed officials will meet Jan. 9 in the border village of Panmunjom.

North Korea and South Korea officially agreed to hold high-level talks for the first time in more than two years.

South Korea's Ministry of Unification confirmed officials will meet "in order to discuss North Korea's participation in the PyeongChang 2018 Olympic and Paralympic Winter Games, as well as measures to improve the inter-Korea relationship and other issues of common interest."

The meeting is scheduled to take place Jan. 9 in the border village of Panmunjom.

According to a report from The Diplomat, an intermediate-range ballistic missile launched in late April crashed in the city of Tokchon.

Friday's announcement came not long after U.S. and South Korea agreed to postpone one of the world's largest military exercises until after the Winter Olympics next month.

As we previously reported, the White House says the U.S. and South Korea want to "de-conflict the Olympics" so the two countries can focus on security for the games.