North Korea May Reverse Steps It's Taken To 'Build Trust' With U.S. 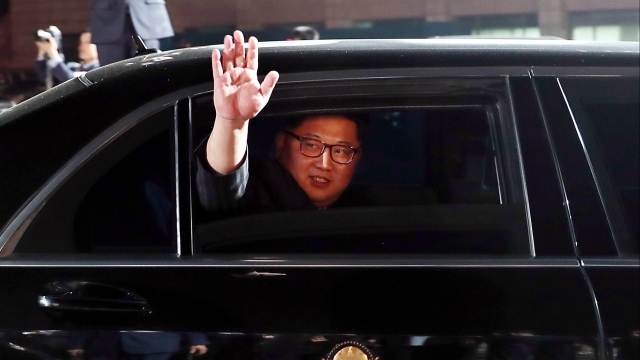 SMS
North Korea May Reverse Steps It's Taken To 'Build Trust' With U.S.
By Katherine Biek
By Katherine Biek
October 10, 2019
During a meeting at the U.N. Security Council earlier this week, some EU countries called on North Korea to get rid of all its nuclear weapons in a
SHOW TRANSCRIPT

North Korea lashed out at several members of the European Union Thursday after they condemned the country for its recent test of a submarine-launched ballistic missile.

During a meeting at the U.N. Security Council earlier this week, those member states called on North Korea to get rid of all its nuclear weapons in a "verifiable" manner.

A spokesman for North Korea's Foreign Ministry pointed out the countries did not similarly condemn the U.S. for its Oct. 2 launch of an intercontinental ballistic missile. He accused the Trump administration of pushing the member states to issue the statement.

Noting that "there is a limit to [North Korea's] patience," the spokesman threatened to reverse steps Pyongyang has taken to "build trust with the U.S."

He didn't elaborate on what exactly those steps would be. But various analysts all agree that it most likely means North Korea could resume testing nuclear and long-range missiles.

The statement comes after North Korea said denuclearization talks with the U.S. broke down over the weekend because American officials "brought nothing" to the negotiating table. It had been the first time the two countries had met since June.