N. Korea Celebrated Its Founder By Showing Off A Bunch Of Missiles 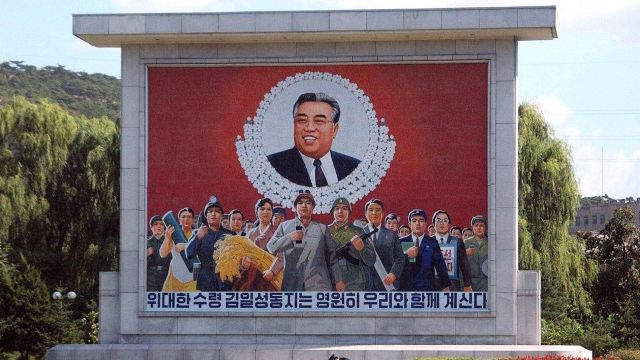 SMS
N. Korea Celebrated Its Founder By Showing Off A Bunch Of Missiles
By Lindsey Pulse
By Lindsey Pulse
April 15, 2017
Experts say they believe the weapons were land and submarine-launched ballistic missiles.
SHOW TRANSCRIPT

North Korea is showing off its military power in a less explosive way.

The country unveiled a series of missiles Friday in a military parade. Experts say they believe the weapons were land and submarine-launched ballistic missiles.

But this year the holiday came as tensions run high between North Korea and another world power.

The U.S. sent military forces to waters near the Korean Peninsula to deter another nuclear test. The North had been teasing a "big event" all week.

After that, North Korea threatened to hit the U.S. in a "merciless retaliatory strike."

U.S. officials admit the situation is tricky. Moving forces near the peninsula, even as a preemptive measure, could increase the risk of a large-scale conflict.

But South Korea's top diplomat said the U.S. would consult with Seoul before any serious decisions are made.