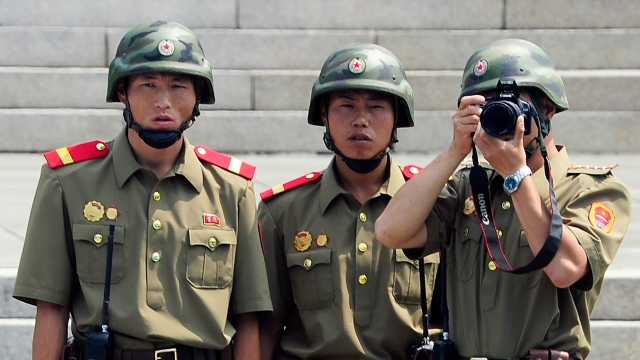 SMS
North Korea's Letter To The US Talks Tough, But Could Be A Good Sign
By Jake Jones
By Jake Jones
May 13, 2017
The letter was sent to the U.S. House of Representatives in response to recently approved sanctions against North Korea.
SHOW TRANSCRIPT

For the first time in decades, North Korea sent a letter to the U.S.

It was penned by a re-established foreign affairs committee of the country's Parliament.

Kim Jong-il, the father of North Korea's current leader, Kim Jong-un, suspended the committee in 1998. Some speculate Kim's revival of the committee signals an effort to rekindle communication with the rest of the world.

The letter was directed to the U.S. House of Representatives in response to recently approved sanctions against North Korea's shipping industry.

In the country's usual surly tone, the letter warned the House to "think twice" about meddling in North Korean affairs. The letter said the act of passing new sanctions "speaks volumes about the ignorance of U.S. politicians."

It warned that North Korea "will keep a watchful eye" on the U.S. and would respond to further aggressions with "efforts to strengthen nuclear deterrents ... beyond anyone's imagination." 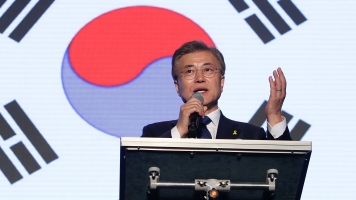 The U.S. and North Korea don't have an official diplomatic channel, so there's no word on whether the letter actually made it to the House. Regardless, the Senate still has to vote on whether or not to implement the sanctions.