North Korea Wants US To Eliminate 'All Nuclear Threat Factors' 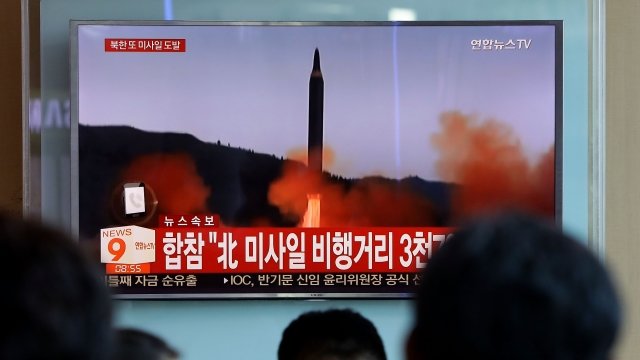 Comments aired on the country's state-run news agency said North Korea will not get rid of its nuclear weapons until the U.S. removes its "nuclear threat" from the region. The reclusive country also wants the U.S. to lift its economic sanctions.

The statement says the U.S. should be *first to denuclearize and it wants "all nuclear threat factors" removed from the peninsula. That seems to point to America's nuclear umbrella agreements with South Korea and Japan — which say the U.S. will defend its allies with nuclear weapons, if necessary.

Another point of contention for the North seems to be U.S. troops stationed in South Korea. The comments seem to imply that Kim wants the Trump administration to withdraw or reduce the number of soldiers stationed there.

It's been six months since President Donald Trump and North Korean leader Kim Jong Un signed a vague denuclearization pledge in Singapore. But since then, the diplomatic relationship between the two countries has been rocky, and North Korea's statement Thursday is another indication that Kim might be trying to hold onto his weapons program as long as his can.

It's unclear where the negotiations will go from here, but it looks like the Trump administration is still moving forward with plans for a second summit between Trump and Kim in early 2019.