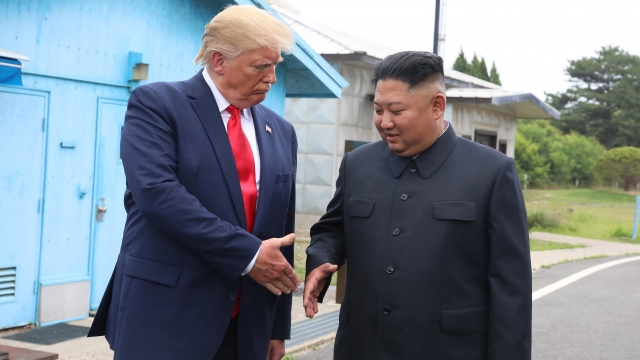 North Korea says the U.S. has offered a new round of nuclear negotiations before the end of the year, but it's unclear if it will accept the offer.

North Korea's foreign ministry ambassador released a  statement on Thursday. It said the U.S. made the proposal through a third country instead of directly talking to the North's negotiator, which he said "only amplifies doubts about the U.S."

The U.S. and North Korea met in early October to restart negotiations over the North's nuclear program. The countries gave conflicting accounts of the meeting, with the U.S. denying North Korea's accusation of carrying an "old viewpoint and attitude." North Korea said it has no plans to meet again unless the U.S. prepares a better offer by the end of the year.

On Wednesday, North Korea warned that if the U.S. goes ahead with joint aerial exercises with South Korea next month, it will retaliate, saying, "We no longer feel the need to exercise any more patience." The country said the U.S. needs to consider what "influence" North Korea's actions will have on the "future of the U.S."

The North's ambassador ended Thursday's statement saying he "intuitively feel[s] that the U.S. is not ready to give a satisfactory answer."