North Korea Says It's Resuming Nuclear Talks With The U.S. 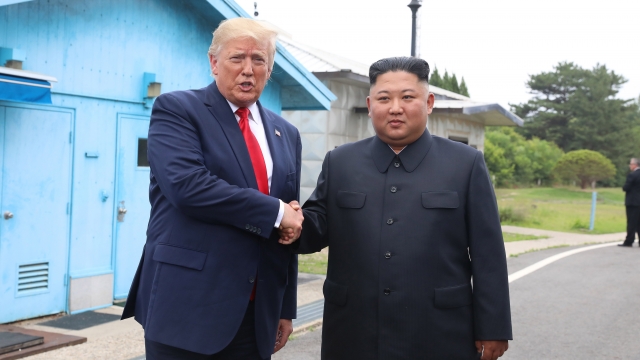 The U.S. and North Korea have reportedly agreed to restart denuclearization talks.

According to the state-run Korean Central News Agency, the North's vice minister of foreign affairs said the two sides will hold "working-level negotiations" on Oct. 5. It's unclear where the discussions will take place.

But she said she expects the talks will "accelerate the positive development" of relations between the U.S. and North Korea.

The U.S. and North Korea came to a standstill on the denuclearization issue after President Donald Trump and Kim Jong-un's Vietnam summit failed earlier this year.

North Korea has expressed willingness to restart talks since then. But the country has also launched short-range ballistic missiles and criticized the U.S. for conducting joint military drills with South Korea.