North Korea Says It May Suspend Nuclear Talks With U.S. 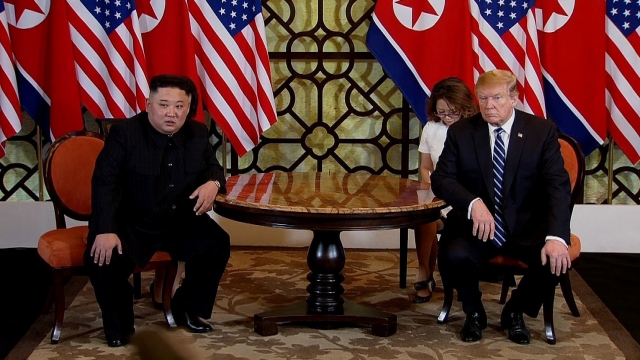 ​North Korea's vice foreign minister said the U.S. was being too strict with its denuclearization demands, and its refusal to ease any sanctions.

North Korean leader Kim Jong-un may be considering breaking off nuclear talks with the U.S. after both sides failed to reach an agreement at the latest summit meeting in Vietnam.

North Korean Vice Foreign Minister Choe Son Hui said Friday the U.S. was being too strict with its denuclearization demands, and its refusal to ease any sanctions. She said Pyongyang now has no intention of continuing talks unless the U.S. considers further negotiations. She added that "personal relations between [President Donald Trump and Kim] are still good," but blamed Secretary of State Mike Pompeo and national security adviser John Bolton for creating "an atmosphere of hostility and mistrust" during the meeting. She said statements made by Trump administration official's after the summit didn't help either.

Bolton called Choe's account of the meeting as "inaccurate," and said ultimately President Trump “is our decision-maker.” Pompeo said the U.S. is still hopeful that conversations continue. He added that Kim told President Trump "on multiple occasions" during the last summit "that he would not resume nuclear testing, nor would he resume missile testing."

Choe said Kim will make an official announcement regarding future talks with the U.S. soon.