North Korea Says Denuclearization Off The Negotiating Table With U.S. 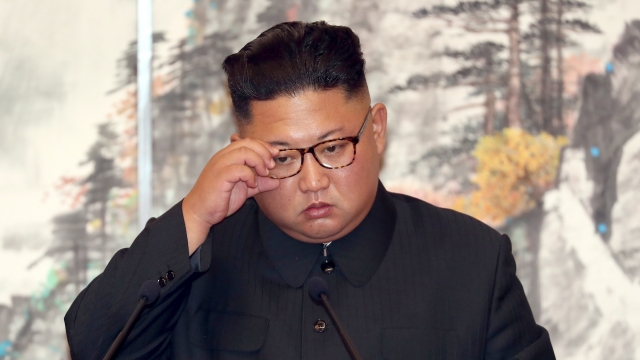 North Korea's ambassador to the United Nations said Saturday that denuclearization has "already gone out of the negotiation table." He made the announcement ahead of a year-end deadline set by Pyongyang for the U.S. to make concessions in nuclear talks.

In a statement, the ambassador said American attempts to engage in a "sustained and substantial dialogue" with the country are a "trick" intended to benefit the U.S.' "domestic political agenda."

The ambassador's comments were a response to a joint statement released earlier this week in which six EU nations condemned North Korea's recent short-range missile tests. The ambassador called the joint statement "yet another serious provocation" against North Korea's "righteous measures of strengthening national defense capabilities" and accused the countries of playing "the role of pet dog of the United States in recent months."

Earlier this week, North Korea's foreign ministry called for the U.S. to change its "hostile policies" and said it was up to Washington to decide what "Christmas gift" it will receive from the country at the end of the year.

The ambassador's statement came the same day as North Korean state media reports that a "very important test took place at the Sohae Satellite launching Ground." Local outlets said the tests would "change the strategic position of North Korea in the near future."