North Korea's Supreme Leader Is Getting A Promotion 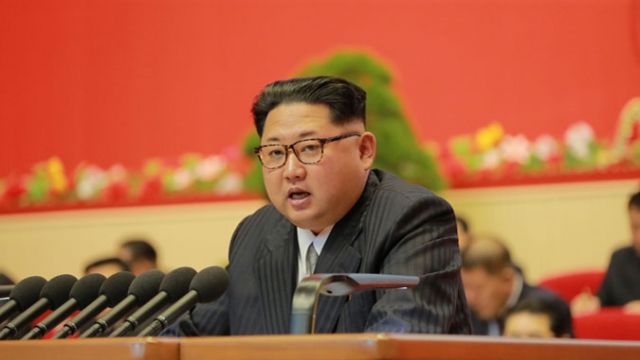 Kim Jong Un is already at the apex of North Korea's government. Nevertheless, he's apparently getting a promotion.

The dictator, whose current title within the country's ruling party is first secretary, kicked off a rare political conference in Pyongyang by heaping praise on the country's military achievements.

The conference is an opportunity for Kim to consolidate and show off his political power. To that end, Kim's political party is set to give him a new title, which will symbolically make him equivalent to the country's previous leaders — Kim's father and grandfather.

In advance of the meeting, North Korea has also been ramping up nuclear and missile testing; Kim made sure to praise the country's widely-publicized nuclear bomb test and satellite launch as evidence of the country's military might. There's been some indication North Korea might also try to carry out another nuclear test during the conference, while the world is watching.