North Korea's Nuclear Test Site May Not Be Usable Anymore 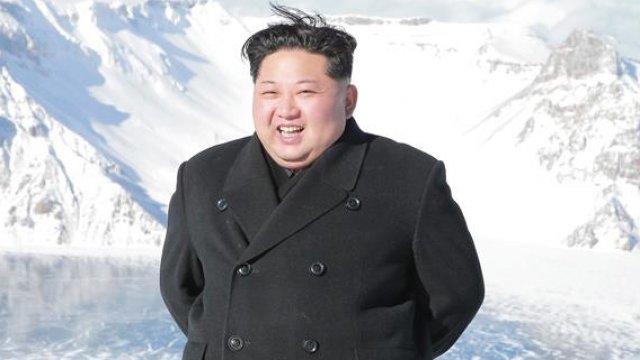 Chinese researchers say the last and most powerful test caused an earthquake, collapsing the underground cavity.

North Korea's primary nuclear test site may be unusable, bringing into question the sincerity of Kim Jong-un's promise to shut down the facility.

Chinese scientists will soon publish a study about the facility. They reportedly say the most recent test caused at least a partial collapse of the mountain above the underground test site.

North Korea held at least six nuclear tests at the Punggye-ri site, part of which rests under Mount Mantap. Researchers at the University of Science and Technology of China reportedly say the last and most powerful test caused an earthquake, collapsing the underground cavity.

A second Chinese study backed up the idea that there was a collapse. That report didn't speculate on the condition of the test site.

If in fact the test site is useless, that could mean Kim Jong-un is making meaningless diplomatic gestures to reduce sanctions.