What's The Difference Between An Atomic Bomb And A Hydrogen Bomb? 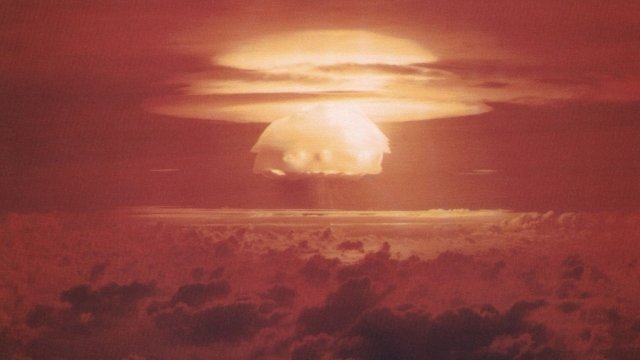 SMS
What's The Difference Between An Atomic Bomb And A Hydrogen Bomb?
By Jake Jones
By Jake Jones
September 4, 2017
North Korea claims it has successfully tested a missile-ready hydrogen bomb.
SHOW TRANSCRIPT

North Korea says it recently developed and successfully tested a hydrogen bomb, a weapon that can produce thousands of times more explosive force than an atomic bomb.

Atomic bombs use fission, or the splitting of atoms, to produce an explosion. A hydrogen bomb uses fusion, or the mashing together of atoms.

H-bombs — which are also called thermonuclear weapons — detonate in two stages, the first of which is actually a standard nuclear "fission" explosion. 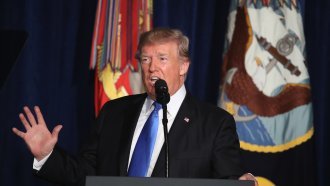 Hydrogen bombs are both expensive and complicated to develop. Five countries are known to have them: the U.S., Russia, China, the U.K. and France.

Other countries like Israel, India and Pakistan likely have atomic weapons, but not thermonuclear ones.

But North Korea has made announcements like this before: The country claimed to have detonated its first hydrogen bomb back in January 2016. But experts were skeptical, saying that bomb was likely a nuclear fission weapon boosted with a radioactive isotope of hydrogen called tritium.

This most recent detonation is North Korea's sixth nuclear test.