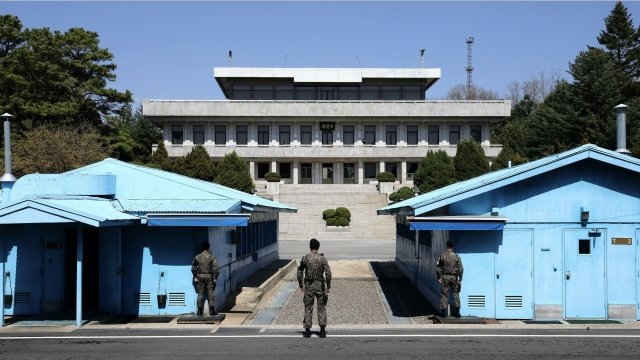 SMS
North Korea Reportedly Skipped A Meeting About Returning War Remains
By Ethan Weston
By Ethan Weston
July 12, 2018
The Trump administration has been preparing for the return of 200 sets of remains since last month.
SHOW TRANSCRIPT

U.S. officials reportedly got stood up by their North Korean counterparts at the Korean DMZ Thursday.

The U.S. officials were there to discuss the return of remains of U.S. soldiers killed during the Korean War.

The Trump administration has been preparing for the return of 200 sets of remains since last month and has reportedly sent around 100 transport cases to the DMZ.

CNN reports there was no explanation from the North about why its officials didn't show. The Pentagon believes around 5,300 American soldiers killed in North Korea remain unrecovered.