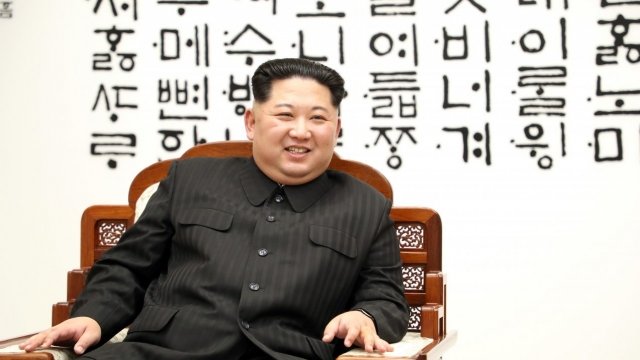 Going off those satellite images, North Korea monitoring site 38 North reported Wednesday that work to demolish a missile test stand at a facility in the northwest part of the country was almost complete as of May 19.

The New York Times reports that specific testing site is where North Korea launched its first solid-fuel midrange ballistic missile from in February 2017. Compared with liquid-fuel missiles, solid-fuels ones are said to be easier to transport.

Back in April, North Korean leader Kim Jong-un announced the country would stop its nuclear and long-range missile tests.

He and President Donald Trump are expected to discuss North Korea's weapons program when the two meet later this month in Singapore. Sources told CNN that summit could go for a second day if discussions go well.

38 North said it could not determine whether the reported destruction of the missile test stand meant North Korea plans to suspend part of its missile program or that it intends to build similar facilities at a later date.