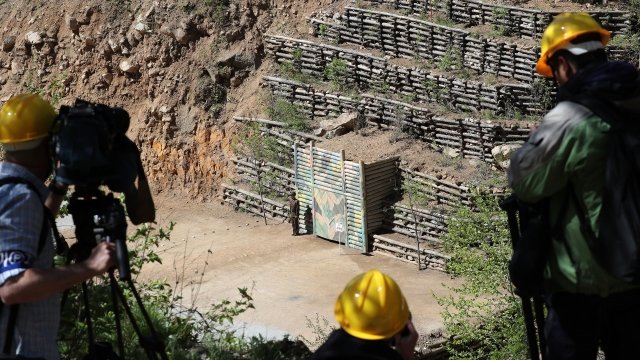 North Korea is reportedly getting one of its nuclear test sites ready for international inspectors.

According to Yonhap news agency, South Korea's spy agency observed the North prepping the Punggye-ri site for a possible visit from foreign inspectors.

North Korea claimed it had destroyed the nuclear test site earlier this year. The country invited international journalists to witness the demolition.

But no weapons inspectors or nonproliferation experts were invited to watch, which drew suspicion that the move was just for show.

Secretary of State Mike Pompeo said a few weeks ago that North Korean leader Kim Jong-un agreed to let inspectors into the test site to confirm it's been dismantled.