North Korea Is Pushing For Reunification With The South 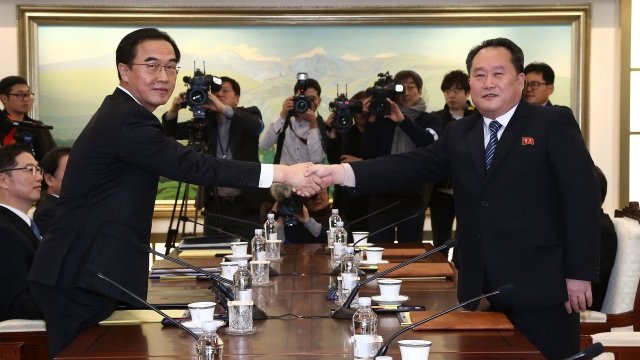 SMS
North Korea Is Pushing For Reunification With The South
By James Packard
By James Packard
January 24, 2018
The North wants its residents to "promote contact, travel, cooperation and exchange" with South Korea.
SHOW TRANSCRIPT

North Korea is telling its residents to promote reunification with South Korea, a major shift in tone for the country.

The North and South held their first talks in more than two years just a couple weeks ago. They've already agreed to send athletes to the Olympics together.

Not everybody in the South has received that particularly well. This is what some people did in Seoul when a North Korean delegation came to tour Olympic venues. 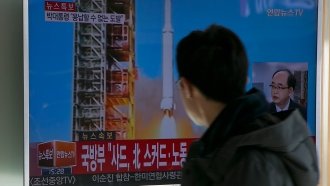 But in a message through the state-run news outlet Thursday, leaders said, "Let us promote contact, travel, cooperation and exchange between the north and the south on a wide scale and actively create a climate for national reconciliation and reunification!"

North Korea also called on all Koreans to oppose so-called "war moves" by the U.S.