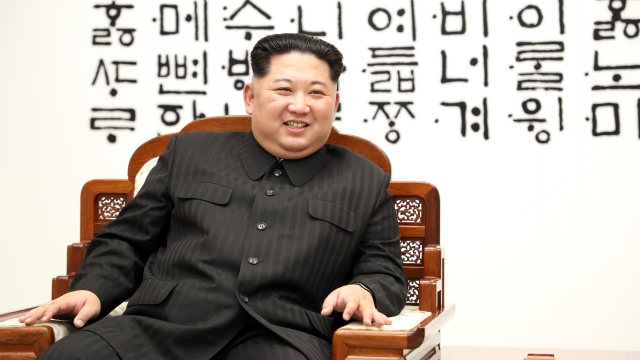 SMS
North Korea Pulls Staff From Liaison Office With South Korea
By Katherine Biek
By Katherine Biek
March 22, 2019
The office was established last year as a way to help the two countries communicate directly with each other instead of via phone or fax.
SHOW TRANSCRIPT

North Korea pulled its staff from a joint liaison office with South Korea.

North Korean leader Kim Jong-un and South Korean President Moon Jae-in agreed to create the office during their historic summit in April 2018 as a way to help the two countries communicate directly with each other instead of via phone or fax. The building officially opened its doors in September.

According to South Korea's Ministry of Unification, the North didn't give an explicit reason for its withdrawal, only saying it was doing so "with instructions from the superior authority."

But North Korea's move does come one day after the Trump administration imposed new sanctions on two Chinese shipping companies that have allegedly helped the North evade international sanctions.

It's the first set of targeted actions the U.S. has imposed against North Korea since a February summit between President Donald Trump and Kim in Vietnam ultimately ended without any agreement.

South Korea said it was told by the North that their representatives could remain in the liaison office and that it would notify Seoul regarding "further practical matters in the future."